January 2015, I started a Working Holiday in Taiwan and soon after landed myself a position as a Teacher in a language institute. 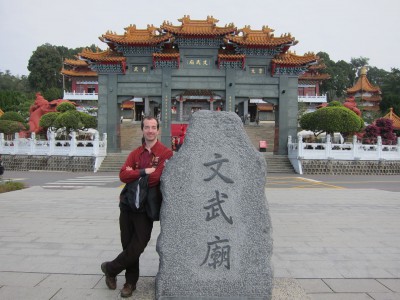 I really liked this job, I liked it so much more then I thought I would. One of the most satisfying parts about it is to see my students improve, to see them slowly get better and better. One student could barely remember the basics at first, but, after six months of intensive classes, he is pretty fluent and is now enjoying a student exchange year in Germany. It makes me proud of myself and them. I formed a good bond with many people I teached so far.

It’s quite a difference from what I heard about teaching English in Taiwan, where foreigners are mostly employed to play games and have casual conversations with the students while a Taiwanese teacher teaches the hard vocabulary and grammar. But this is not English after all, and people who want to learn German in Taiwan don’t do it because they have to, but because they really want to. So having a serious teacher that doesn’t play games all day is what they desire. Also, because all of them already speak really good English, I had an instruction language to teach them grammar facts and translate vocabulary.

Why teaching, which I have no previous experience in? Beside the very good pay, it’s one of the only jobs in Taiwan you can do without being fluent in Chinese. It’s not impossible, but hard to get any other kind of job. Most companies simply refuse, not just because they want someone who is fluent in Chinese, but mostly because they think they have to get you an expensive work permit, which you don’t need on a Working Holiday Visa. 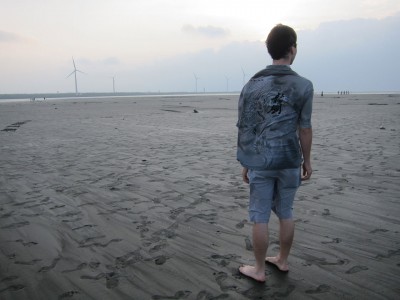 If you have good qualifications and skills in science or engineering, such as IT, Chinese language skills are not necessarily required. I suggest making a profile on the job-search website 104.com.tw. It’s in Chinese only, but with Google Translate and Yuilys help I was able to work through it. If you don’t have Taiwanese friends yet, don’t worry, you’ll make them in no time here. You’ll start getting e-mails with job recommendations and replies, but most of them are automated. The ones that are not will be recognizable in a more personalized reply that’s most likely in English. Proceed further negotiations and interviews from there. Salaries for full time IT jobs seem to be around NT$40,000 per month, which doesn’t sound much if you’re from the western world, but consider the low cost of living in Taiwan! You’re actually able to save quite a bit with this!

Some words about the working culture in Taiwan. You probably heard about working conditions in Japan or Korea before, how employees there have little time for any private life because of the huge amount of (unpaid) overtime they have to work and little vacation they get while worker rights exist only on paper. Taiwan is no exception. But news rarely report about the upsides of East Asian working culture. The environment is usually much more friendly in that coworkers and bosses sincerely care about you as a person. Company sponsored dinners and other events are quite common as well as presents and gratitudes for national holidays. You get valued as a part of the team and not treated as disposable or replaceable. Layoffs are unheard of and only happen if the company is in severe financial trouble: If you don’t do any major damage or frequently turn up too late, you will keep your job.

As for teaching German, I don’t get one of the major downsides of working in Taiwan, which is unpaid overtime. On the contrary, very frequently classes get canceled just the day before and with it the money I was expecting for them. I have to resolve conflicts in my schedule pretty often. In the summer months it was common for me to work 7 days a week driving all over the city holding different classes. An interesting experience, but not something I want to keep doing like that. I recently reorganized my classes to have two subsequent days in the week completely free. To get more holiday out of this Working Holiday!