“The hardest part of your travels is still coming up. And that is returning to a normal life again.”

I heard and read this sentence multiple times. But it was hard to know what it really meant until I experienced it. More than one year into it, I can say it was actually fairly easy.

But first, a flashback. The last entry on this blog is from where we just left Tanzania. We cycled back to the area I grew up in Germany from Madrid afterwards, crossing Spain, France and Switzerland on the way. I didn’t really feel like writing articles about it, because cycling in Europe doesn’t really differ all that much. But it was clear that once we arrived back in Germany, we would not be traveling again for a while. We made up our mind about that already in Africa and that mindset hadn’t changed.

Our bank accounts, while supported through some generous donations we received on this site, very slowly reached the amount where I thought we should stop and find a job once again, and that amount was around 2000 €. Of course we had more savings than that, but they were meant for emergencies, as this money is what I considered could keep us covered for a few months while renting a place and looking for a job.

I was lucky as I didn’t need to have worried about these things. Pretty much on the same day as we arrived at my mother’s place in June 2019, she showed me an ad about a nearby campsite looking for a receptionist for the summer season. I didn’t want to get shoved into work so soon, but she persuaded me to give them a call and visit. With my English and Computer skills and camping background, I was hired pretty much straight away and was supposed to start a week later. The best thing about it was that we could live on-site in a caravan free of charge during the two months of work. It was perfect, as from there I was able to look for a more permanent job without draining any savings or squatting at friends / relatives homes. 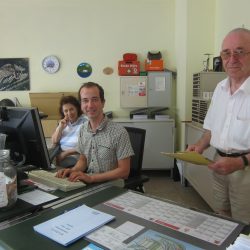 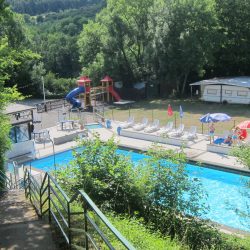 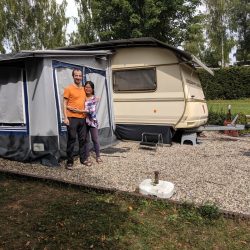 Our home for two months

Even though living in a caravan and using the pool on my time off sounds like a holiday, there was a lot of work involved – often 10 hour days, 7 days a week, due to the other receptionist not showing up most of the time. But I was ok with it and handled it all without problems – managing bookings, checking in new guests, handling requests, selling equipment, making invoices, updating the website – to a very satisfied owner.

Most of all, this was not really as surprising to me as it was to my friends and family, who thought I would really struggle to cope with a normal working life again. I spent three years without work after all. This might have been true if I spent the past three years relaxing on the beach, but isn’t cycle touring life sometimes even more stressful than work? Cycling dozens of kilometers in not ideal weather conditions, getting physically exhausted, repairing punctures and spending hours finding a suitable route, focusing on problems that required immediate solutions without outside help, finding a place to stay the night and even then, not being able to fully relax, as we either wild camped and worried about being discovered or disturbed or stayed with hosts in their home, where we had to socialize and take care not to overstep boundaries. This all is hard work and compared to that, my work at the campsite was simple and easy. To be fair, I was also helped by Yuily, who was an amazing housewife these two months, so I never had to worry about cooking and cleaning all this time.

I was looking for a more permanent job during this time and I needed it to be in an EU country that is not Germany. This was due to Yuily’s immigration status. It is difficult to wrap your head around it, but in the simplest way I can explain it: In order to become a resident in Germany, Yuily would need to apply for a family unification visa for Germany back in Taiwan, applying inside Germany was not possible. But would I live in another EU country, my freedom of movement would be extended to her and she could become a resident in that country instantly without any visa necessary. But isn’t Germany part of the EU? Yes, but as a German citizen living in Germany, German and not EU law would apply to us and thus no freedom of movement would be extended to Yuily.

I was hoping to find a job in nearby Luxembourg, but it proved difficult due to my lack of French, so I extended my search. I noticed a decent amount of recruiter messages from Ireland, who were interested in my tech support background. Some of them sounded promising and one thing quickly led to another and I had a job in Dublin.

Many people I know, mostly Germans, are of the opinion that a resume gap, even of just a few months, kills your career. This was also my main concern when I considered quitting my job to travel long term in 2012. But research and experience I have made since then is that this couldn’t be further from the truth. As long as the gap is explainable, proving you improved yourself in whatever way, it can actually boost your chances more often than not.

Anyway, this was totally new territory for me. I never worked in a company that had more than 30 people, so working in one with around 500,000 employees in 120 countries seemed mad to me. While the pay was not that great considering the extreme living cost of Dublin, they did provide a generous relocation package and starting bonus, which helped. Their main business of course being outsourcing, I later found out I’d be a level 1 tech support generalist for Google Ads, which was extra exciting. 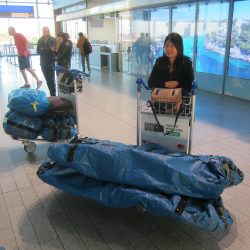 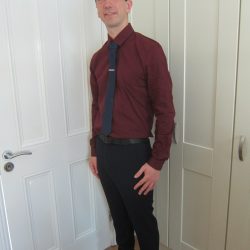 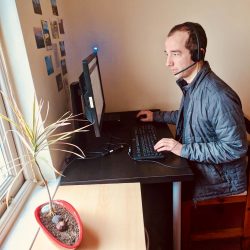 A year has now passed since I started working here, and just like at the campsite, my supervisors are very, very happy with me. I will soon change to another job, not that I was unhappy there, but that experience has opened a whole new set of doors for me in terms of higher paying positions with better benefits. Yuily had found a job in an Asian supermarket within a week of moving to Dublin and is also quite satisfied there. But I didn’t want to go into too much detail over that, but more about how long term travelers find back into a regular life – as the impression with most people is that it would quickly lead to depression, wanting to travel again as soon as possible.

While we will absolutely definitely travel long term once again, there was no burning desire to do so again as soon as possible. And then the pandemic happened. Travel became suddenly very hard, so we felt lucky that we chose this moment in time not to travel for a bit. I think our resolve mattered a lot as well. We really, really wanted to have a place that we could call home, as we never had that during our travels, and that desire became stronger especially in the last of our three years of cycling.

Even though the property market in Dublin is tough and incredibly expensive, we managed to find a very beautiful flat after a few months in the city and are really happy to call it our home now. We hosted some cyclists and backpackers here already and hope to host many more once the pandemic slows down again, as we are also eager to repay all the hospitality we received.

In conclusion, going back into a “normal life” once again after traveling didn’t bring all the challenges many people told us we will have. Because our resolve is strong enough, we would master it just in the way we did the cycling trip. We will see when the time comes to go traveling again, but by listening to our long term desire we will know when that will be the case.

Don’t let anyone tell you how tough it will be or how you might regret the decision to do what you want in the future. If you really want to do it, you will make it work out and you will certainly not regret it.