Home » Inspiraitions » Over 60 years old? It’s not too late to cycle around the world!


When we stayed with Jean-Marc through warmshowers.org near Perpignan, France, in May 2019, we were amazed to find that this 71-year-old man has traveled around the world by bicycle, doing over 100.000 km, all after he turned 60. And amazingly, three years ago, we met him already! Since many people we talk to in this age group say something like “You can do it since you’re young, I’m too old for this”, Yuily interviewed him about his achievements and motivations.

Jean-Marc was born in 1948. At the age of eleven, he began to learn to ride a bicycle. He not only loves cycling but also traveling. At the age of sixteen, he began to ride through his home country of France. Between the age of 22 and 30, he began to travel by motorbike, and crossed the Sahara desert six times among other feats. Even when he is not traveling, cycling is still the main method of his usual physical exercise.

When he was sixty, he decided to retire early from work, but not from life. He planned his long-distance bicycle trip. He first went to Iceland, where he averaged 80 kilometers a day and found that he is physically strong enough to do this. So after Iceland he went through Italy, Croatia, Greece, Turkey, Syria (before the war) and Jordan, from where he went to Egypt, through Sudan, Ethiopia, Kenya, Kenya, Tanzania, Malawi, Zambia, Namibia and finally to South Africa.

He had a break after Africa, but was still addicted, so he flew to Argentina. After cycling the well-known challenging Carratera Austral route, he also rode north to Alaska. This trip of the Americas took a whole year and a half. 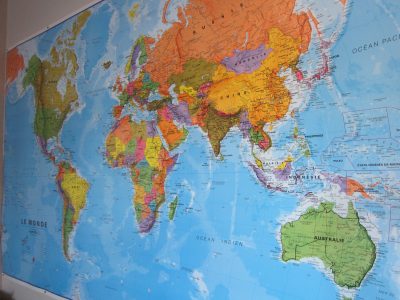 Then he flew to Perth, Australia, and rode northward to Darwin through the Outback, from Indonesia to Malaysia and then from Singapore to New Zealand for three months. His bicycle broke there, so he bought a new one in France.

After a brief rest, he went from France to Iran and Pakistan over the Karakorum highway to Kashgar in China. After five and a half years, North and South America, Australia, Europe and Asia have well and truly been cycled by him, but his curiosity about the world continued, so he still makes four to five trips each year in areas that he had not visited yet, slowly plotting his lines across an ever complete world map. 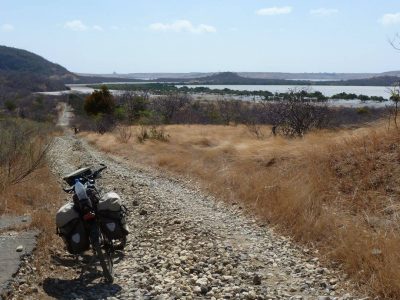 He said that as long as he is healthy, he expects to travel for nine months every year. Because we talked to him about cycling in Central Asia in the summer of 2016, we were suddenly reminiscing about a really fast French cyclist we met back then. Yuily then jumped up, searched through her photos and found that it was him! 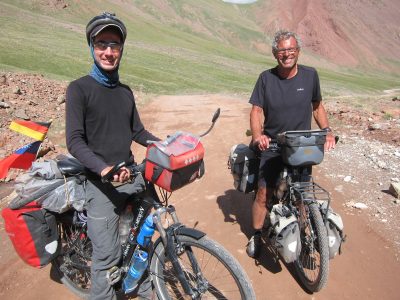 At that time, we would take a picture with each of the riders who we met, and after saying hello, we didn’t ask for their names or other information and kept going. Who would’ve though that after three years, we would meet again in such an unexpected way! All three of us were amazed at each other.

In the past three years, neither of us has stopped to explore the world. Jean-Marc still chooses a place to ride a bicycle every year. He only came back from a four-month trip to India and Sri Lanka last month, and we only returned from East Africa not long ago. After a big lap around the world, we were sitting in his warm home in France and drinking coffee, talking about life. Fate is really incredible! Is the world returning a friend to us? 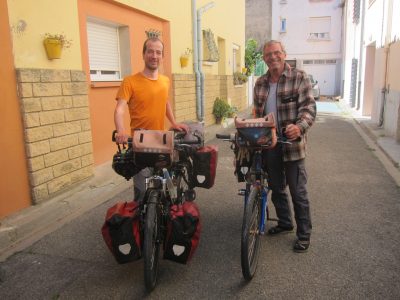 Jean-Marc can’t stop. He said that the days of not riding his bicycle are very boring. He often spreads out the map to see which place he has not been to before, and then starts to dream, so he especially recommends paper maps. Before he goes to a destination, he will buy a map to plan a route. Although online maps can let him know his current location, he still prefers a paper map to see a wide range of directions, so the paper map is supplemented by digital maps in his travels. 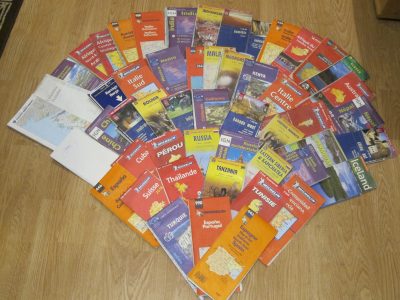 He said that he travels by bicycle just because he likes it. He especially likes the word “discovery”. He doesn’t like to research too much before going to a place. He prefers to see places for real before seeing them in pictures. He doesn’t mind to miss some “must-see” attractions for this.

Like this, he doesn’t blindly follow the crowd but instead sees more scenery and people. When I asked about what traveling teaches him, he did not hesitate to say that travel taught him to “see people from different angles”. Social commenting on a person’s value often depends on what kind of house you live in, what kind of clothes you wear, what kind of work you do… but after traveling so many places, he finds that these criteria are not enough to see a person’s personality. He learned to not judge if a person is good or bad from these criteria. 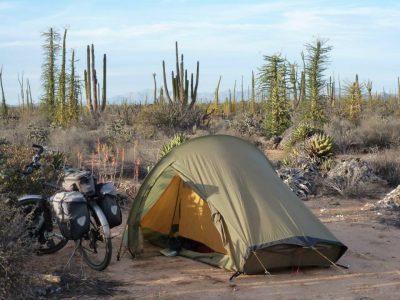 People over 60 usually excuse themselves from bicycle travels by stating health and physical conditions. But Jean-Marc also has many doubts about his condition. His physical strength has always been a problem: His knees are not in the best condition, but fortunately do not affect his riding. Mostly, people are inhibited by psychological factors. They feel that bicycle travel is a thing for young people, and they are limited by age, resulting in living more and more like an old man. 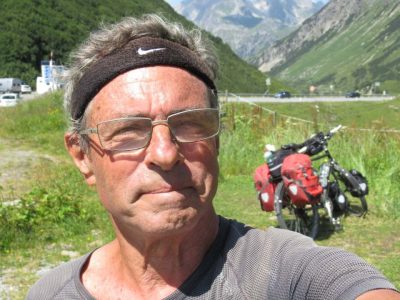 I asked Jean-Marc, what good is it for older people to travel? He said that when he was young, travel was stressful. When he was riding a heavy motorbike across Africa in his twenties, he often asked himself, “Can I really do it?” “Is this really feasible?” There is a lot of uncertainty and anxiety in the heart, but this unique travel experience made him gradually build confidence and clearly understand who he is. As he grew older, he had developed a skill to adjust, and no matter what challenges came at him, he could calmly face them.

“And really, I have lived to this age. If there is a sudden accident that makes me say goodbye to the world, I have already lived my life to satisfaction. There is nothing to regret.” Jean-Marc said with a smile, his open-mindedness reminds us of an article we’ve read before. At the end of their lives, most people regret that they have not been able to do what they want and instead worked too much. 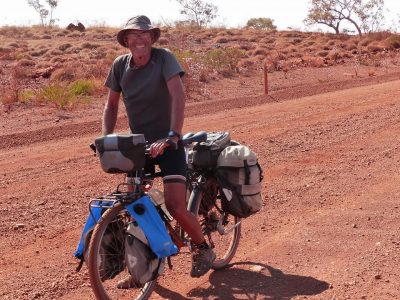 Finally, we asked him to give some advice to other grey-haired elders. He smiled and said that many people of his age felt that he was crazy, and he felt that he was incompatible with them. We laughed and said that some of our friends also thought that we were crazy, which seems to have nothing to do with age. He also said that many people do not like to change when they’re this age. They tend to live the same day after day, but it is very important to “learn to change”. If you have something you want to do, let go and do it, health will not wait for you, and the days will not wait for you!