Home » Inspiraitions » I am over 26 years old, I support a self-financed gap year


These days, there is a blogger who I appreciate, and one of her article has aroused a big flamewar on the internet. The article is about a 26-year-old girl who quit her job and went traveling for one year.

Actually I’m kind of surprised that this article wasn’t just getting mostly positive comments, but also many negative comments. Both sides attacked each other like in a serious war.

When Stephan and his mom were skyping, I couldn’t stop myself to ask her about her opinions about this issue, quitting a  job and going for a gap year. She told me that people encourage it in general and also think that it’s better to do it when you are younger. I supposed that’s the reason why there are so many young Germans, about 18 years old, in New Zealand for a working holiday. 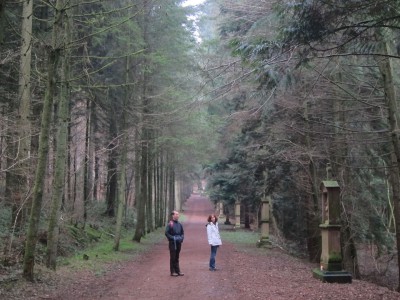 What is the difference between Taiwanese and Germans? Stephan said it’s quite recent that the Taiwanese passport has become more and more useful and can be used to go to many places without visas . Especially during the time under martial law, it was very difficult to go overseas. Going out of Taiwan is a big thing , people who could have the opportunities usually felt honored. (He even googled about that, very German!)

Martial law got abolished just less than 30 years ago. Because the economy in Taiwan has been improving, hard diplomacy work by our government allowed us to travel to many places. Also, the amazing development of the internet makes it easy to get cheap flights and information from around the world wherever you want to be. Flying overseas is no longer a big deal. Many people who work for a while and have some savings can afford it, no matter if joining a tourist group or going independently.

However, talking about a gap year of a backpacker seems to be another issue. 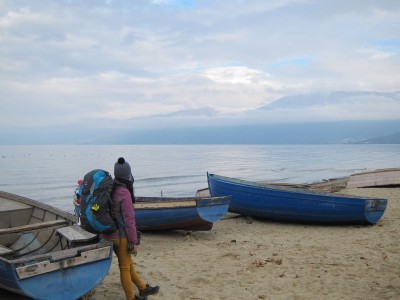 I started discussing with Stephan about the reason why Germans go for a gap year. He told me that many Germans love traveling, besides there are so many countries nearby in Europe. It’s easier for Germans to travel around.

Germans also have a big advantage about having six weeks of holiday every year, plus a very useful passport that allows them to travel visa free to many countries. Therefore, since many years ago, during the time without internet, credit cards and even without ATMs, you could still see a lot of Germans traveling around the world.

“A gap year was quite popular already ten years ago, but by now, it’s even more acceptable. If you say that you want to quit your job and go traveling, people normally support you.”

“So why in the end you choose to quit your job to travel?” I asked

“Probably because I have a feeling I’ll meet you, ha ha.” He jokingly said, I could not help laughing as well.

He stayed in the same nine-year career, began working at 18 years old, day by day going through the same routine. He used the holiday time from work to travel and met many other travelers who were on a gap year. All these people had quit their jobs to travel and never regretted their decision.

Then he began to think, since he loves to travel, could life be feasible like this? 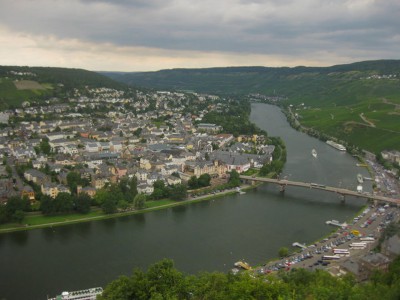 And two years ago, he really did it. He quit his job and stopped renting the flat he has lived in for eight years, selling his car and most of his possessions. Going through all these things he realized how many things he had but never really needed.

“Another factor was that, one day a few years ago, another employee from the company where I worked was laid off without warning. He had been working for the same company for 25 years and has been laid off with the simple argument that there is not enough work to do. This made me realize that even though I worked nine years for this company, it doesn’t mean that this job will be secure for a lifetime.”

The ship is safest in the harbor, but that is not what ships are made for. He was glad he made that decision.

Somehow, I suddenly feel very envious of the way that Germans think about traveling. There is a lot less social perceptions, family and public pressure. There is a Chinese saying: “Don’t go far away from home while your parents are still alive.” But Germans instead just go with their kids. 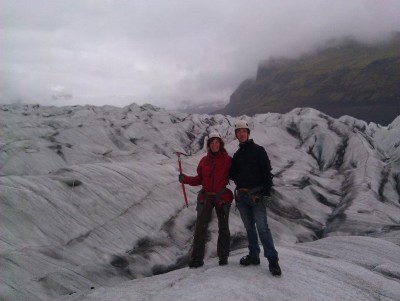 But as I mentioned before, the Taiwanese backpackers and long term travellers are just getting more and more common, so future acceptance might become better. Taiwanese who are on a gap year now are the pioneers in the wild, the first ones being talked about. A generation later there could be a big change in public perception.

I think this is the normal transformation process from past concepts to modern thinking with its inevitable growing pains.

“We believe if there are more people think the same way as we do, it will be the truth. But it’s not fact.” This is a passage I recently read in a book. I like to remind myself that this is common human behaviour, with which I also want to encourage the blogger.

Just ignore these negative comments which are not real, they are just some haters who try to find others to agree with them. Their ears don’t understand what you want to say. Indeed, it’s easier to act like a teacher to give some suggestions in other people’s lives expect theirs.

“Only the people who have regret will be afraid of death.” I think that we all want to close our eyes without regrets when the last day of our life comes, therefore we choose to fight hard for our life, because we can only live once!

At the end I would like to say, please empathise and respect the different ways of life that people choose, so that everyone can live well for themselves!